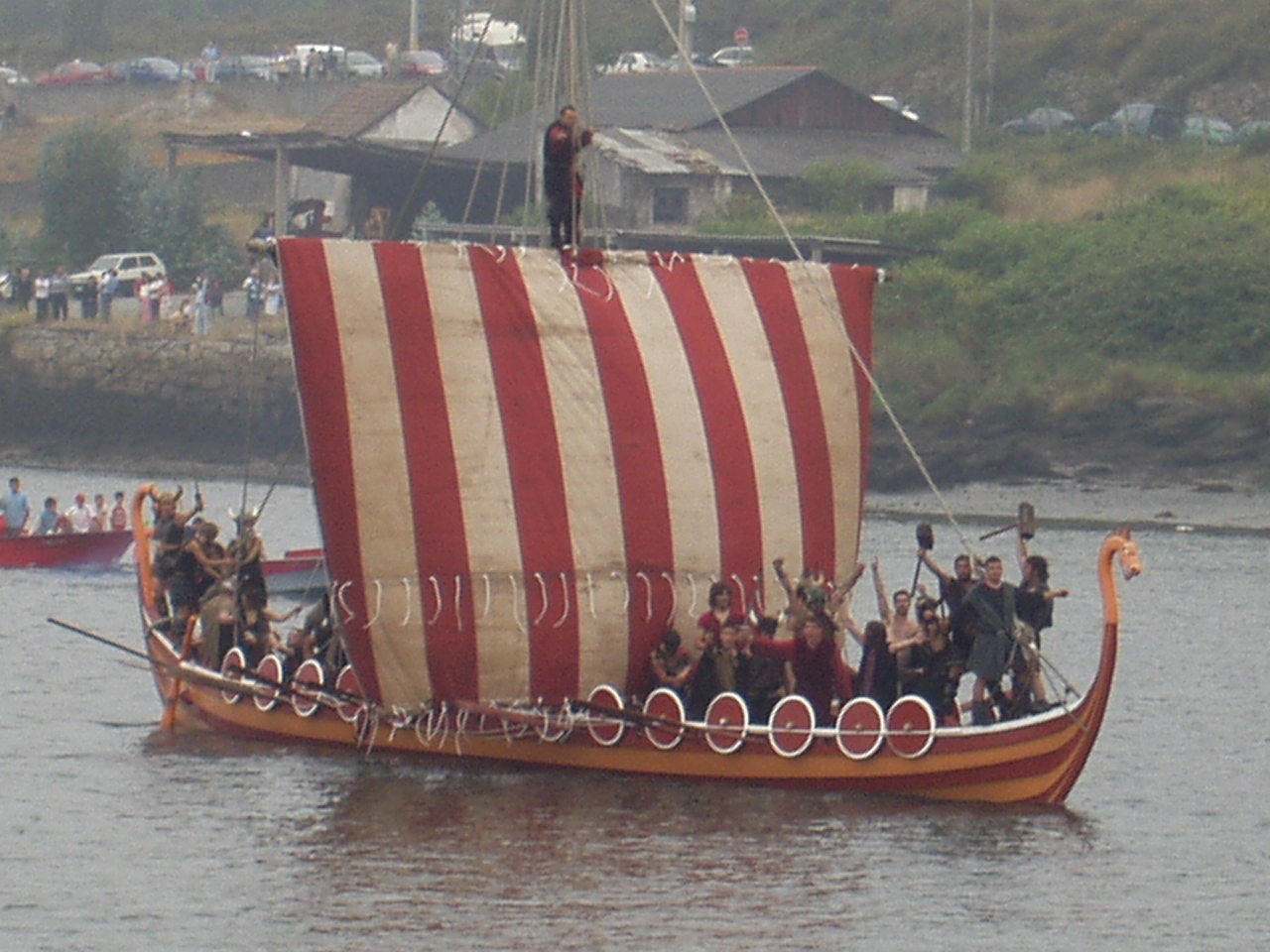 Every first Sunday of August thousand of people attend CATOIRA, to witness this fun popular party.

The inhabitants of Catoria dress up of Viking warriors, and the pirate attacks is represented to the people.

The festival focuses on the emblematic place of the “Tower of the West”;

It´s a few remains of two towers and a chapel, which at the time was a fortified
complex ( 1st century BC) .

On board a replica Viking slip (11TH CENTURY), become the invaders fron the north with the objective of taking posesión of the Torre, and the inhabitants are trying to resist the attack.

There is a battle, where the partecipants have just soaked in wine….

After the battle, all together enjoy a meal of fellowship with product typical, accompanied by the sound of the bagpipes.