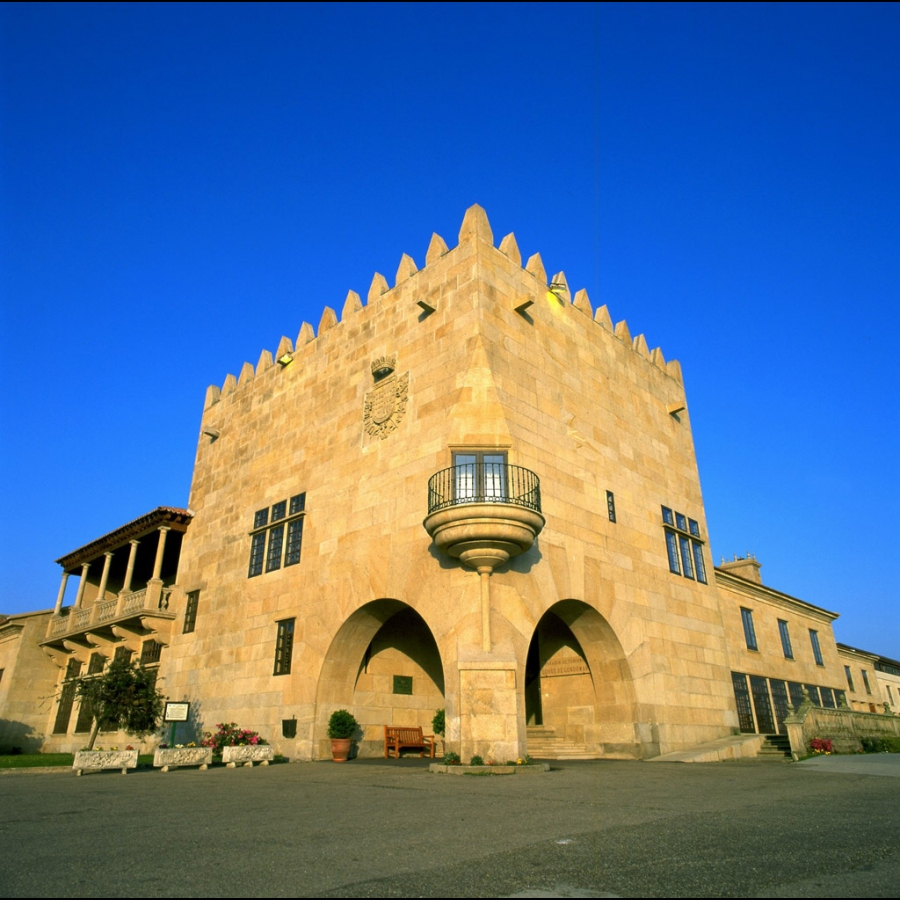 Known as “the Olivic city”, Vigo is the largest city in Galicia.

It enjoys a temperate microclimate of mild winters and warm summers. This is why it is the Galician city with more sunny days and less rain.

Samil beach stands out among Vigo’s numerous beaches of fine white sand and from there you will be able to see Cies Islands and Toralla Isle.

Another tourist attraction is the tasting of their famous oysters, which can be found in the very central area and, as tradition dictates, accompanied by a glass of the excellent Albariño white wine. 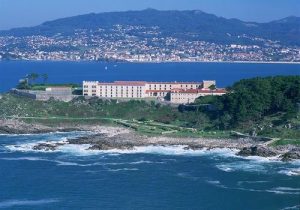 Baiona is a small fishing village to the south of Vigo.

It is known, among other things, because of its climate, its beautiful beaches (more than four kilometres long), its Yacht Club and the location of the Parador de Turismo.

Its old quarter is worth a visit because of its small fishermen’s houses, low archways and stone columns. In 1993 the village was declared of Historic-Artistic interest. Do not miss it! 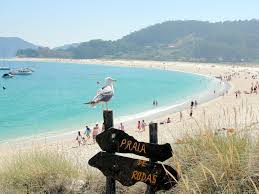 The Cíes consist of three islands, two of which are linked by a long strip of sand known as Rodas beach.

They can be reached by ship departing from Cangas do Morrazo or Vigo.

They were declared a natural reserve in 1980 and are included in the Atlantic Islands of Gallician National Park having a status of ZEPA, which stands for Bird Special Protection Zone. Moreover, dolphins and sea turtles can be often spotted and also numerous sea anemones and urchins can be observed a few metres from the shore. 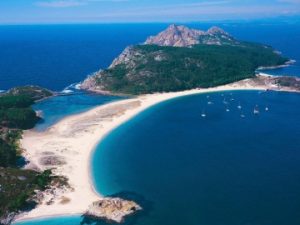 A true paradise! No wonder Rodas Beach was declared to be the best beach in the world in 2007 by the British newspaper The Guardian. 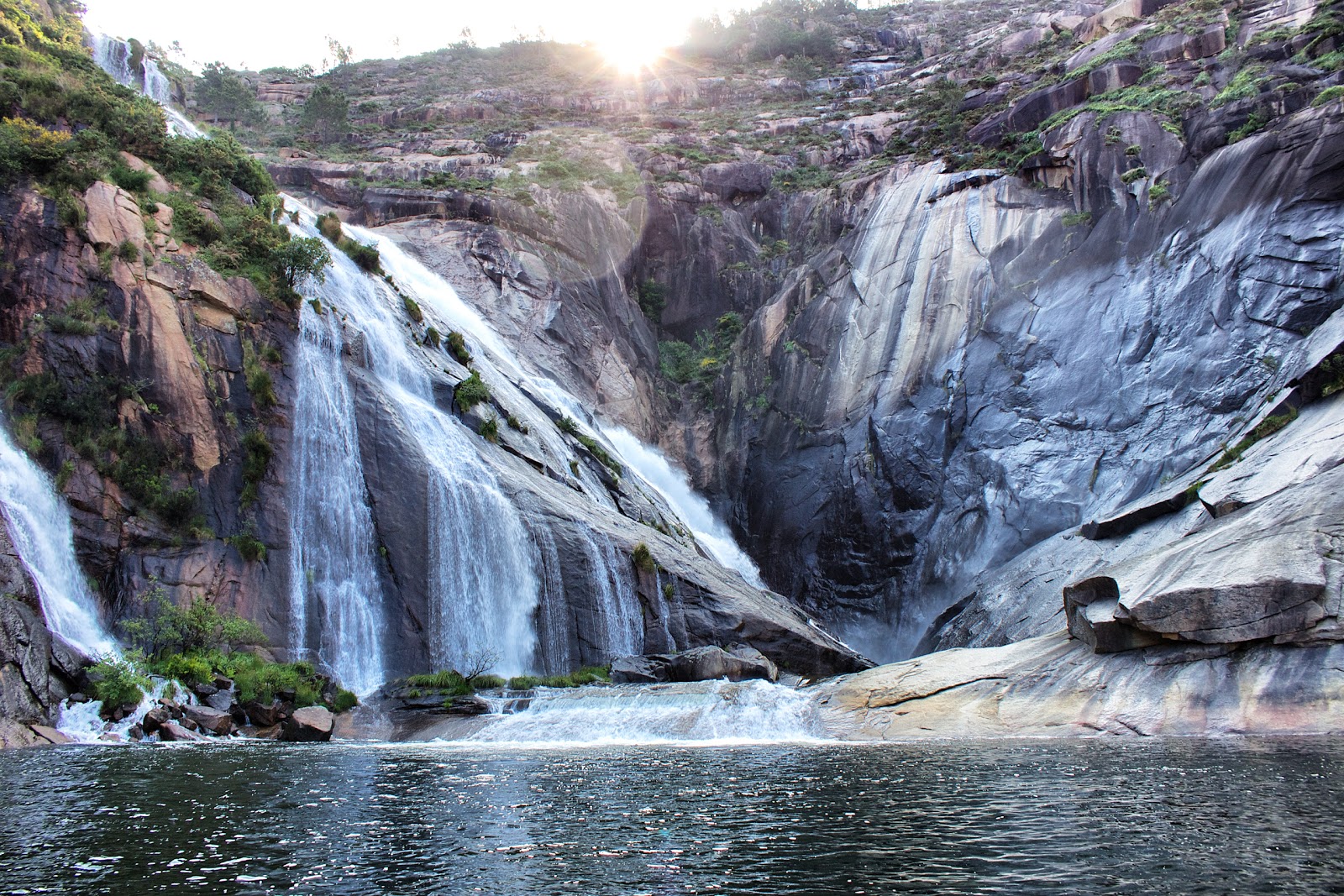 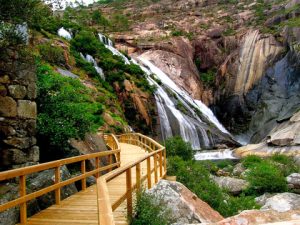 Ezaro waterfall, located in the municipality of Dumbria in the province of A Coruña, is one of the largest waterfalls in Europe.

It is formed when the river Xallas flows into the sea with a spectacular fall (150 metre high), 40 metres balance. It is set amidst a wind-swept rocky landscape within close proximity to the Atlantic Ocean, which it joins as a small scale estuary. You should also notice there are calm beaches full of bright white sand, very friendly for families under good weather.

The Xallas is the only river in Europe that flows into the sea as a waterfall and there is a reservoir nearby used for generating power. When it opens its gates the flow increases spectacularly and it is a unique sight worth watching.

Next to it we find Mount Pindo, full of legendary stories related to magic rituals and prehistoric tales. This is a highly recommended visit. 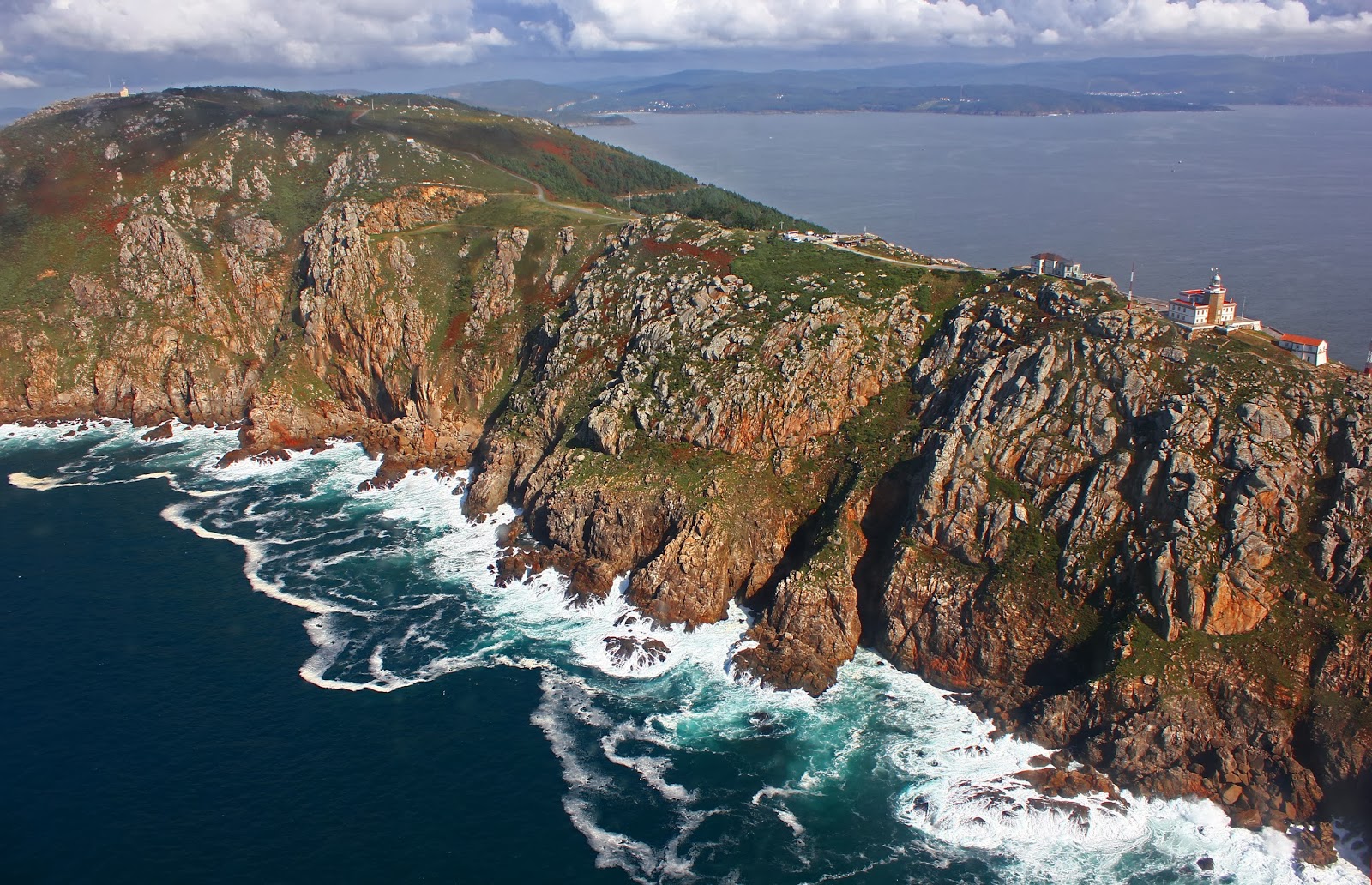 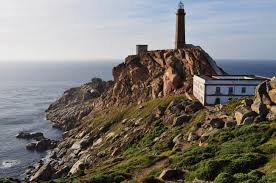 The Death Coast extends from the villages of Muros and Malpica, in the northwest of Galicia.

It received this name because there have been many shipwrecks along its treacherous rocky shore, being that of the HMS Serpent, the most famous and dramatic because it caused the loss of 173 of her crew of 176 men as a result of a navigation error during a storm. They were all buried in a nearby cemetery now known as El Cementerio de los Ingleses (The English Cemetery), which can still be visited. As a result of this terrible shipwreck a lighthouse was built in the area (Cape Vilan Lighthouse in Camariñas), the first electric one in Spain. 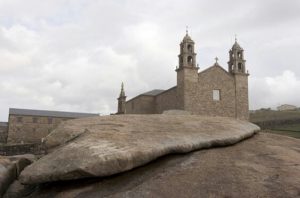 The Death Coast comes to an end in Finisterre, on the cape of the same name, and is the final destination of many pilgrims on the Way of Saint James who, once they arrive in Santiago, decide to continue their route as far as Finisterre, past Muxia, where the well-known shrine of VIRXEN DA BARCA can be visited. Finisterre is a World Heritage Site. 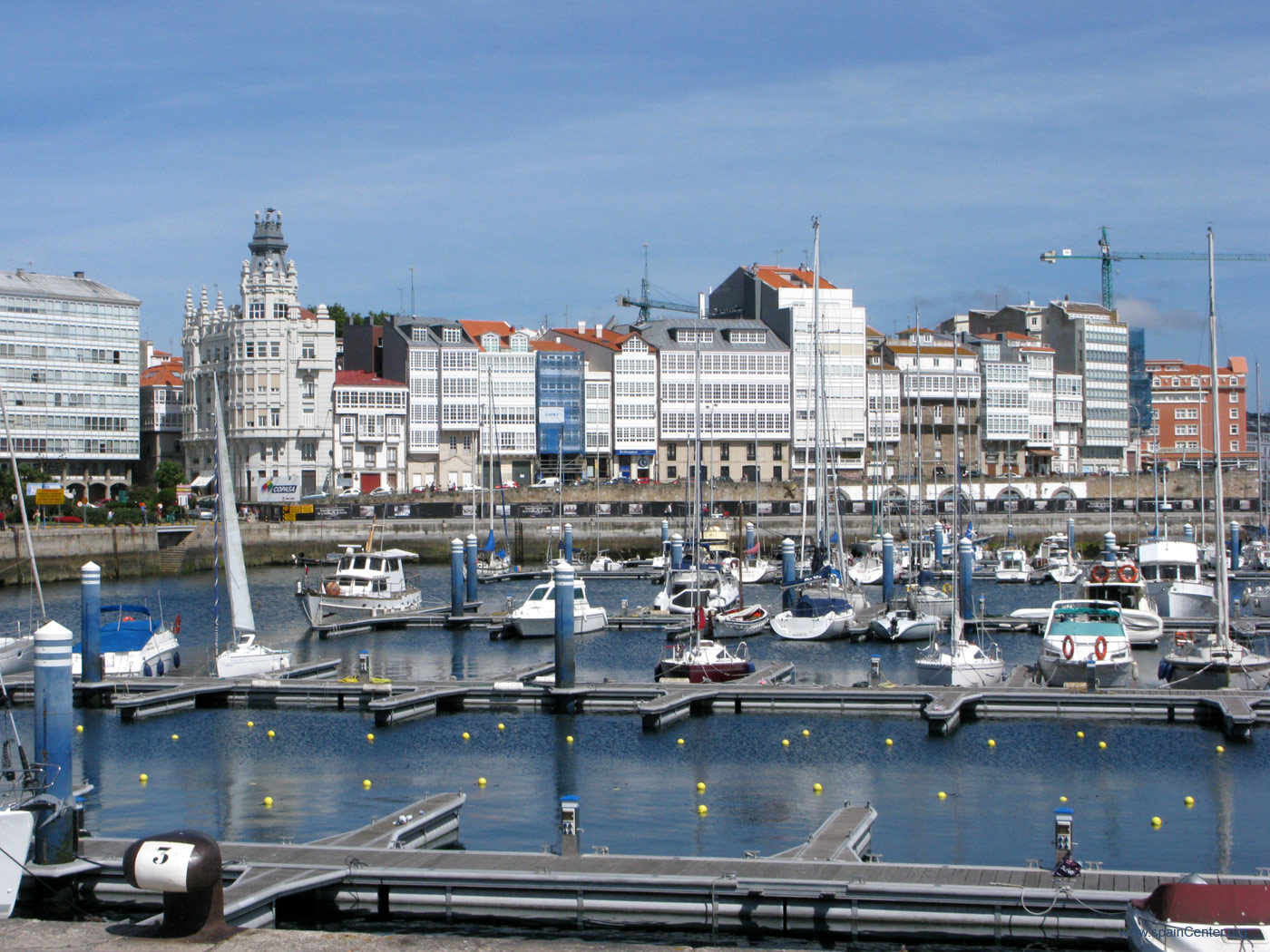 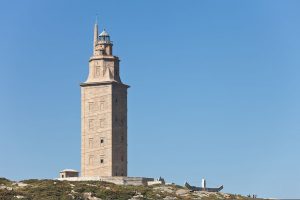 A Coruña is a beautiful and elegant city to the north of Santiago de Compostela and known as the balcony of the Atlantic Ocean. One of its most beautiful landmarks is “La Torre de Hercules” (The Tower of Hercules), a Roman lighthouse which has been in continuous operation since possibly the 2nd century AD and has been declared by UNESCO as a World Heritage Site.